As cryptocurrency becomes more popular, the amount of energy consumed to mine bitcoin and other cryptocurrencies will increase.  According to Digiconomist, in June 2019, Bitcoin Energy Consumption is at an estimated 65.7 TWh (terawatt/hour) - a number equivalent to 2/3 of all energy consumed in the Phillippines in 2017.   Digiconomist also highlights that – annually – cryptocurrency mining currently holds the potential for an approximately $2 billion profit.  For a struggling economy, like Iran, these numbers pose a significant opportunity to generate revenue under the weight of U.S. Sanctions.  In fact, “Iran had demonstrated a positive stance towards crypto mining last September, when major government authorities — including the Ministry of Information and Communications Technology, the central bank, the Ministry of Energy, and others — accepted crypto mining as an industry.”  Iran’s commitment to crypto-mining is a promising response to the reissuance of U.S. sanctions, since cryptocurrency still mostly operates in a non-traditional market and is thus not as easily targeted.

The success of this new industry in Iran will be heavily dependent on energy – both in its efficiency and accessibility.  According to the Middle East Institute, natural gas and petroleum derivatives such as gasoline and fuel oil power traditional thermal power plants satisfying 98 percent of Iran’s total energy demand.  As a nation with the world’s fourth largest oil reserves and the second largest supply of natural gas in the world, Iran appears to be well-positioned for success in crypto-mining.  However, on June 10th OFAC issued additional designations under the Iranian sanctions programs targeting petrochemical entities and individuals with ties to the Iranian Revolutionary Guard Corps (IRGC).  According to Secretary Mnuchin, “By targeting this network we intend to deny funding to key elements of Iran’s petrochemical sector that provide support to the IRGC.”

Designating these companies deals a crippling blow to Iran’s economy as Iran’s annual oil revenue has averaged around $50 billion in recent years.  This loss combined with the billions of dollars lost since the reissuance of sanctions in November will push Iran’s economy to a far more desperate state.  Diversification of their economy to offset or - like North Korea – to avoid sanctions could be a viable band aid for Iran.  However – whether intentional or not – OFAC’s blow to Iran’s energy sector may have halted Iran’s economic diversification to crypto-mining.

As reported last December, Iranians were profiting from digital currency mining despite the crash in the crypto markets and fluctuations in the national rial currency caused by reinforced United States sanctions. 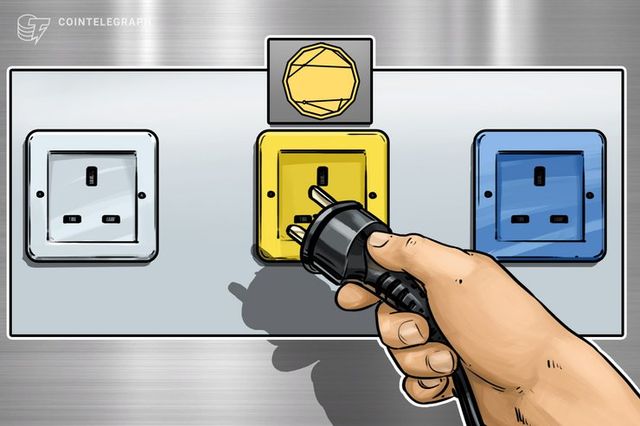 The US has placed sanctions on Persian Gulf Petrochemical Industries Company, which makes up 40% of Iran's petrochemical production capacity and 50% of its petrochemical exports. This will undoubtedly have ripple effects across Iran's economy. https://t.co/RNNarM2DDO pic.twitter.com/Nd4ZhzM09G

Iran has been racing to step up exports of petrochemicals and tap new markets to compensate for sliding oil sales, Iranian and international industry sources said, but now risks losing that crucial revenue as Washington tightens the screw on sanctions https://t.co/1O10QUxTsd