While the goal of these sanctions measures is to weaken Maduro’s power economically.  President Maduro has proven resourceful in identifying alternative revenue streams from seizing humanitarian aid packages for re-sale, collecting money from border travel, and participating in drug trafficking.  Recently, “U.S. officials are investigating the suspected looting of valuable European and Latin American artwork they believe is being quietly plundered by Venezuelan government insiders...”

In the case of Venezuela, a transition to art and artifact trafficking should not be surprising. According to the AP, “crippling U.S. financial sanctions are making it similarly hard for Maduro’s government and well-connected insiders to access Western financial institutions. The oblique and unregulated art market is considered an ideal way to stash illegal proceeds from corruption that the opposition-controlled congress estimates reached a staggering $400 billion in recent years under socialist rule.” As demonstrated by ISIS and other extremists groups, art and artifact trafficking are successful methods of generating regime sustaining money.

However, as the world’s largest art market, accounting for 44% of sales by value, the U.S. may be well-positioned to address Maduro’s new alternative revenue stream.  Regardless of whether U.S. officials can confirm the trafficking of the missing European and Latin American artwork by the Venezuelan government, the Department of Treasury can issue further sanctions guidance to include the illegal sale of artwork from the region.  An expansion of a sanctions program to include art trafficking, while challenging due to the already elusive nature of the industry, holds the potential for success in deterring another avenue of regime sustaining monies and terrorist financing.

The U.S. Treasury in recent months has sought the cooperation of the FBI, Italian police and museum experts to identify and locate the missing artwork. Among the objects being traced: three Venezuelan masterpieces that hung for decades on the walls of the ambassador’s stately residence in Washington but which were nowhere to be found when opposition leader Juan Guaido’s envoy took over the diplomatic mission in May. 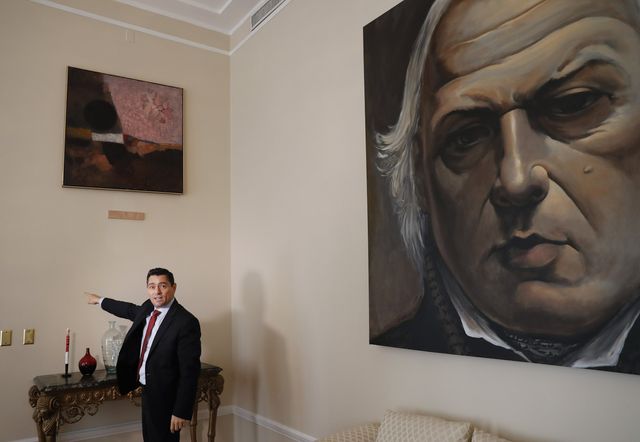 The Maduro regime hasn’t just looted Venezuela’s gold but its artwork too.

The United States is helping the Guaidó administration track down the stolen cultural heritage.

What we're reading, by @APjoshgoodman:https://t.co/f6FYpEfzGC