A longtime favorite vehicle for money launderers, real estate, as a means of hiding illicit proceeds, has gained the renewed attention of regulators and legislators throughout the world.

Real estate was an $8.5 trillion market in 2017, which warrants regulatory scrutiny and enhanced transparency for an industry exposed to the downstream risks of criminal activity.

The primary money laundering risk for the real estate industry is lack of transparency, specifically with regards to cash transactions and purchases by ever-problematic shell companies.

Residual effects of real property purchased with illegal funds include artificial real estate market inflation and higher costs of living, especially in dense urban areas. It seems that some governments are taking notice, and action, in some potentially meaningful ways:

The basic AML principles of KYC, identifying legitimate business purpose, and conducting due diligence before the transaction don’t just apply to banks anymore.

As regulatory and legal initiatives grow to incorporate more facets of the financial crimes process, solid compliance programs will continue to become a critical concern for developers, realtors and facilitating companies.

Specifically, knowing your buyer will eventually mean more than some basic paperwork and the proverbial bag of cash.

In most new Manhattan luxury-condo buildings, buying through an LLC has become commonplace. At the midtown residential tower known as 220 Central Park South, more than 85% of all purchasers so far bought through entities ending with “LLC,” according to property records. That includes the most expensive home in the country: a $240 million unit bought by billionaire investor Ken Griffin, who bought it under the name “NYCP LLC,” property records show. There are about 61,000 1-to-four family properties owned by limited-liability companies in New York City, a Wall Street Journal analysis of city tax records found, including 12% of all condos and 5% of houses. About 30% of all condos built since 2008 are owned by LLCs. Co-ops aren’t covered under the new law. 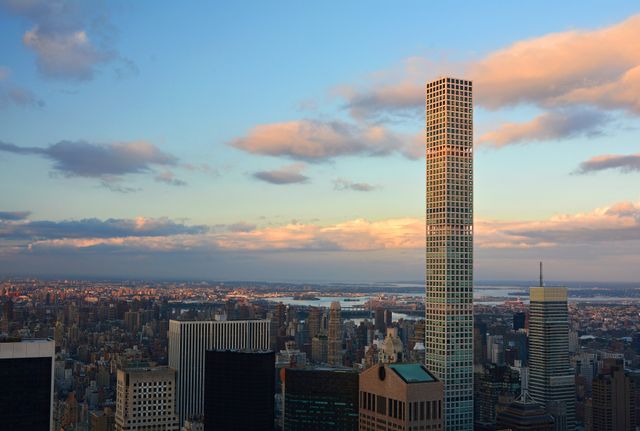