Just when Iran thought they were creative and sneaky enough to circumvent and avoid the newest wave of U.S. sanctions, the U.S. leveled up their strategy by declaring Iran a jurisdiction of primary money laundering concern.  Treasury’s Financial Crimes Enforcement Network (FinCEN) made this declaration under Section 311 of the USA PATRIOT Act. FinCEN determined that correspondent account prohibition under the fifth special measure of Section 311 was necessary to ensure the security of the U.S. financial system and combat Iran’s malign and illicit activities. In the official announcement, Treasury Secretary Mnuchin said, “Iran is a jurisdiction of primary money laundering concern that deliberately ensures that there is no transparency in their economy so they can export terrorism around the world.”

This new move by the U.S. Department of the Treasury is no joke.  The designation is an attempt to put maximum pressure on Iran by requiring deeper due diligence of all foreign transaction activity. This enhanced due diligence raises the risk that any remaining foreign banks, firms and individuals caught doing business with Iran will face severe sanctions themselves, including being cut off from the world’s most important economy.

Additionally, the designation includes a new mechanism for the provision of humanitarian aid.  According to the Department of the Treasury, foreign governments and financial institutions that choose to participate in the mechanism must conduct enhanced due diligence and provide to Treasury a substantial and unprecedented amount of information, with appropriate disclosure and use restrictions, on a monthly basis. With the level of information the U.S. is requiring of foreign persons – has the U.S. overstepped the reasonable bounds of their authority?

Regardless of whether the U.S. is overreaching – that answer will be provided in the efficacy of this action.  The bigger question here is Why Now?

According to the Wall Street Journal, U.S. federal prosecutors and national security officials say Iran used the humanitarian allowances during the Obama administration’s pressure campaign as cover for billions of dollars of banned transactions. The manipulation of humanitarian allowances may have motivated Treasury to create new mechanism, but FinCEN’s issuance of special measure under Section 311 is a culmination of evidence demonstrating “the Iranian Regime [as] the world’s largest state sponsor of terrorism.” Thus, in response, the U.S. flexing their secondary sanctions muscles by putting additional pressure on third persons—foreign persons—by threatening to cut them off from the U.S. financial system, even if the activity in question does not affect the U.S. directly.

But the U.S. is not alone in their efforts to maintain the choke hold on Iran’s economy.  In the FATF plenary meetings, which concluded on October 18th, the FATF re-imposed several countermeasures on Iran and called on its members and urged all jurisdictions to advise their financial institutions to apply enhanced due diligence with respect to business relationships and transactions with natural and legal persons from Iran.  FATF’s decision stemmed from Iran’s failure to meet tenets of an action plan to address its strategic AML/CFT deficiencies.

In light of the expansion of U.S. restrictions and the FATF countermeasures, it would appear that a future upswing in the Iranian economy is bleak.  However, it remains to be seen how successful these measures will prove to be in deterring the financing of terrorism and diminishing the progress of the nuclear program in Iran.  As Iran has demonstrated in a multitude of attempts – where there is a will, there is a way to achieve sanctions avoidance. Additionally, while the U.S. has included a mechanism to ensure humanitarian aide reaches the Iranian people – will we see a point where the severity of sanctions on Iran creates an inhumane environment for its people resulting in pressure from the world for the U.S. to adjust its sanctions?

It is clear with every action the U.S. chooses to take against Iran to influence their regime and deter illicit actions, they are traversing unfamiliar terrain and have yet to show undeniable evidence of success.  For the sake of the Iranian people, let’s hope this measure is the proverbial straw that broke the camel’s back.

The Trump administration has steadily imposed economy-crushing sanctions against Iran since withdrawing from the multilateral 2015 deal that aimed to cap Tehran’s nuclear ambitions, attempting to coerce Tehran into negotiating a new nuclear and security agreement. 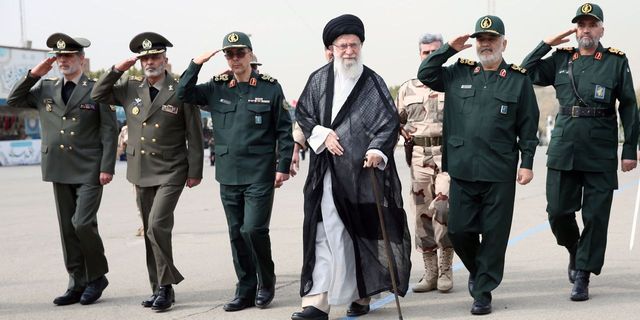 The humanitarian crisis created by our sanctions in Iran is unconscionable.

Ordinary Iranians bear the brunt and more than 3 million people are unemployed.

This is why we shouldn’t rush into sanctioning countries.
https://t.co/nGoqdMXtD8

The U.S. Treasury and State Departments also launched a new program to address concerns that its “maximum pressure” sanctions campaign is preventing Iran from receiving humanitarian aid even as the economy collapses. https://t.co/hTnfx0Jx8Z

@FATFNews Last week, FATF gave Iran a final deadline of February 2020 to comply with international norms after which it would urge all its members to apply counter-measures.https://t.co/yl1u4fn1Bb