On 30 October 2019, the UAE, Oman, Bahrain, and Kuwait joined Saudi Arabia and Qatar in the sanctioning of Hezbollah and related-Iranian financial networks.  This decision made by the Terrorist-Financing Targeting Center (TFTC), whose membership is comprised of all the above nations, emphasizes the regional importance of the fight against terrorism.

The U.S., in particular, viewed this action favorably.  “The TFTC’s coordinated disruption of the financial networks used by the Iranian regime to fund terrorism is a powerful demonstration of Gulf unity,” said Treasury Secretary Steven Mnuchin, on the second leg of a Middle East tour focused on terror finance and Iran sanctions.

The TFTC did not follow the exact model of the U.S. in their designations, rather focusing on the individuals and institutions that pose a threat to them directly.  “Specifically, … the six Gulf nations blacklisted a multibillion-dollar network of Iranian companies, banks and funds sanctioned by the U.S. last year for allegedly financing the clerical regime’s paramilitary unit called the Basij. Human rights groups say the unit enforces political oppression through beatings and training child soldiers sent to fight as Iranian proxies in regional conflicts.” Since, many of these blacklisted entities may have presence or ties to any of the six domestic networks, this action signals, regionally – Enough is Enough.

If pressure from their peers is not enough, what will it take for Iran to finally decide … Enough is Enough.

Saudi Arabia, Qatar and four other Gulf nations joined the U.S. in imposing sanctions on a financing network controlled by Iran’s military and several men linked to the Tehran-backed Lebanese group Hezbollah. 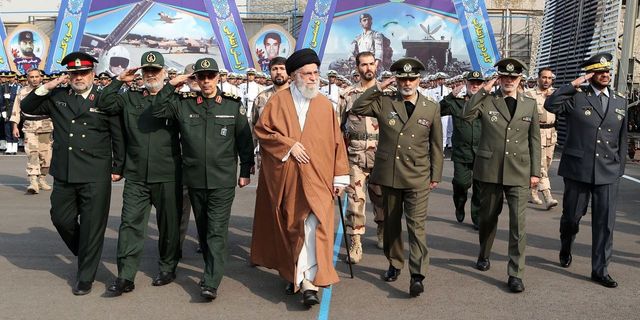 Terrorist Financing Targeting Center (TFTC) jointly designates network of corporations, banks, and individuals supporting IRGC and Hizballah. This is the largest-ever tranche of targets designated by the U.S. and Gulf countries through the TFTC: https://t.co/5EZUoAoiKu

“The TFTC’s action coincides with my trip to the Middle East, where I am meeting with my counterparts across the region to bolster the fight against terrorist financing,” says @stevenmnuchin1 in statement.