In March 2018, the U.S. Internal Revenue Service (IRS) in partnership with the Justice Department, Department of Homeland Security (DHS) and international law enforcement agencies in the United Kingdom and South Korea took down a website called “Welcome to Video” that dealt in over 250,000 child pornography videos.  In the course of the investigation, authorities identified more than 300 users of the site from a dozen countries, including people who held positions of authority and worked with children.

As is common for the modern era of criminal activity, all the transactions conducted on this site were in bitcoin.  The use of cryptocurrency here is expected due to the privacy these customers could maintain.  Interestingly enough, the website and it’s customers were traced by “electronic breadcrumbs” left by the bitcoin payments, wallet addresses and cooperation from cryptocurrency exchanges.  While cryptocurrency may be an attractive payment method for criminals, it is also appealing to the mainstream consumer.  As such, regulators, exchanges, and virtual asset providers are working together to legitimize cryptocurrencies through regulation and transparency.

But this investigation did not just reveal abuses of the internet and cryptocurrencies, and the commission of money laundering, it highlighted the role of human trafficking for sexual exploitation. According to the Wall Street Journal, “authorities in the U.S. and Europe … rescued 23 minors being abused by users of the website, including a young girl living with [a man in a position of authority].” Ultimately, the lead investigator recognized the young girl from a jacket seen on a GoFundMe page where the man in a position of authority was raising funds to adopt her.

Human Trafficking is a world-wide and lucrative problem – generating near $150 billion in revenue by recent measure. It was a cryptocurrency-related investigation initiated by the U.S. federal tax bureau that saved over twenty children in this case, but the battle against human trafficking can be fought in many ways and by anyone.  Many corporations are integrating anti-human trafficking campaigns to their corporate social responsibility model.  Financial institutions and cryptocurrency exchanges can contribute by training their employees to identify associated red flags.

As cryptocurrencies become more regulated and legitimate and organizations integrate more initiatives through corporate social responsibility or public private partnerships, criminal activity on the web or off will hopefully be easier to spot and stop.

The call came in while two criminal investigators for the Internal Revenue Service sat at a Bangkok airport gate in July 2017, waiting for a flight. A confidential source they knew from past investigations was offering a tip that a new website was selling child pornography in exchange for bitcoin. The website, the source said, appeared to have popped up in the wake of shutdowns of other dark-web marketplaces for illicit goods. 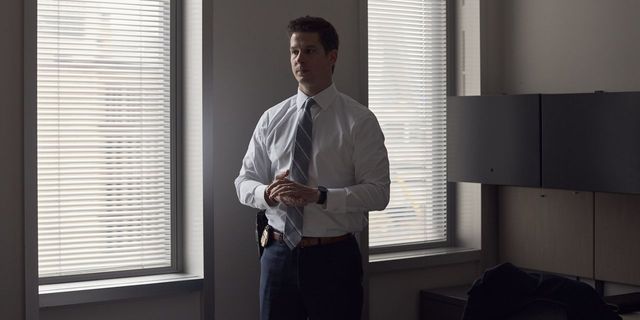 IRS agents followed the bitcoin, got a few breaks, and helped bust more than 300 users world-widehttps://t.co/hoHctzCa4d