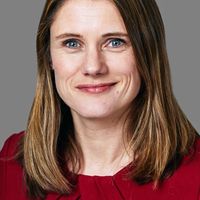 At A&M, we have been applying the UK’s new subsidy framework set out by BEIS to potential transactions between UK Government and the private sector. The highlights of this are that the guidance can be reduced down to three tests relating to:

(i) is the funding coming from a public body?;

(ii) does it confer an economic advantage that is not available on market terms?; and

All three must be passed for a subsidy to exist.

In relation to the second test, the Market Economy Operator Principle (MEOP? can still be used and the best advice to public authorities is still to structure transactions so that they are MEOP compliant and therefore not a subsidy.

The EC state aid framework and the temporary framework appear relevant in the context of the third test – in that where the support is not considered aid under these frameworks then its potential to impact trade with the EC must surely be diminished. Although I would welcome a discussions with lawyers / other economists on that thought!

In the case where the proposed support may be considered to be a subsidy, the BEIS guidance appears less clear on next steps and more guidance will be published later in the year.

10 Trends That Will Define eDiscovery In 2023
Phil Beckett

A reminder of the potentially catastrophic consequence of downfalls in disclosure or errant evidence.
Phil Beckett
repost  cancel