This week Bridgerton became Netflix's most successful series to date. While there are many reasons for the extreme popularity of the adaptation of Julia Quinn's nine novel series, I believe this Regency romance has an additional, and perhaps more important, role to play in the greater world beyond entertainment. The Vanity Fair article breaks down the past successes of Shondaland Productions that paved the way for Bridgerton, but it just briefly touches on "the decision to adapt Quinn’s books with diverse casting, Bajaria said, is another undeniable reason for its success."

Like Chris Nolan's Memento, telling a story of two halves in b&w and color, in chronological and reverse chronological order, or Tom Tykwer's Run Lola Run, telling the experimental thriller through numerous variations of the same story, Chris Van Dusen and Shonda Rhimes made the decision to tell this romantic story in a particular and inclusive way.

That choice, and the world it puts us into, needs to be discussed at both a personal and corporate level. I thought in depth to remember if I had ever seen a movie, a dance or a theater production that had such equal representation amongst it's entire cast. And quite sadly I could not think of any.

Casting has long been a different version of hiring; if you only seek people who look a certain way, people who look like you or sound like you, you cast the same people, over and over again. I hope Bridgerton changes the face of casting in Hollywood forever, but, additionally, I also hope it changes how we each feel when we are part of a multi-racial, multi-gender, multi-age team at work.

The beautifully choreographed dance scenes are more diverse than any professional environment I have worked in over my 30+ year career. I want Shondaland to recast the actors across the corporate landscape too and I want to figure out how to share that wonderful feeling of being part of a truly diverse party amongst the marketing team I lead.

If you've watched Bridgerton, I hope you will also consider the feeling you had of being part of a diverse group, albeit as a viewer. The nature of the casting was groundbreaking; it was not Black Panther or an Alvin Ailey production, it was fully integrated.  We need to see more of this on screen, so people who don't live or work in integrated environments understand this should be the norm, not the exception.

Though Van Dusen was committed to translating the unabashedly romantic and female-driven sex of Quinn’s novels directly to the screen, Shondaland shows are known for being not only female-fronted, but diverse as well. The decision to adapt Quinn’s books with diverse casting, Bajaria said, is another undeniable reason for its success. 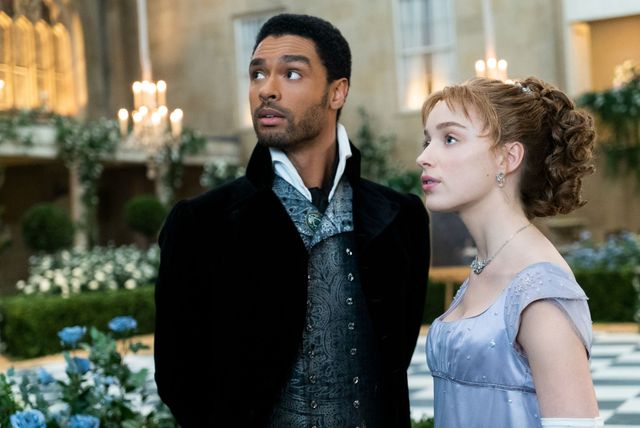 “And then there is that rarest of souls. That one spark of light who not only fulfills her dreams but also fulfills the dreams of generations to follow. Cicely Tyson, a dream fulfilled.” - Shonda Rhimes (2020)

We will cherish you forever. pic.twitter.com/EhdERNeqkQ

A force in her industry who opened the door for so many to follow. There will never be another with the poise, class, and talent of Cicely Tyson.

Preparing for a Bridgerton ball takes a little bit of effort. Join @NicolaCoughlan (Penelope Featherington) on the set of Bridgerton as she takes us behind the scenes of a day in the life of production. pic.twitter.com/pHakfZZpJ0

Netflix has just claimed its biggest hit ever with "Bridgerton."

Some 82 million households watched the drama, based on novels by Julia Quinn, in its first 28 days, Netflix said. https://t.co/0OysHULNmD

More posts by Alvarez and Marsal

Virtual Photo Pro™: At the Intersection of Photography, Technology & Communication
Alvarez and Marsal

The Power of Authenticity in Social Media
Alvarez and Marsal